⚠This browser is out of date. ⚠
To ensure this website functions properly,
please upgrade your browser
or use a different one.
Skip to page contentSkip to footer

Hemophilia occurs when a protein in the blood, which is needed to form a blood clot, is missing or reduced. This certain type of protein is called a clotting factor. When there is not enough of this clotting factor in your body, you do not stop bleeding as quickly as you should.

Hemophilia A occurs when there is a lack of the clotting protein called factor VIII (eight).

Hemophilia B occurs when there is a lack of the clotting protein called factor IX (nine).

How does bleeding start and stop?

In hemophilia, the missing clotting factor makes it hard to form a clot. Your bleeding will last longer than usual, not faster.

Mild: A factor level of 5-50%. Bleeding occurs only after a major injury, surgery or dental work.

Moderate: A factor level of 1-5%. Bleeding occurs after the above and after smaller injuries.

Severe: A factor level of <1%. Bleeding can occur after the above but can also occur for no clear reason.

Hemophilia is passed down through the family. 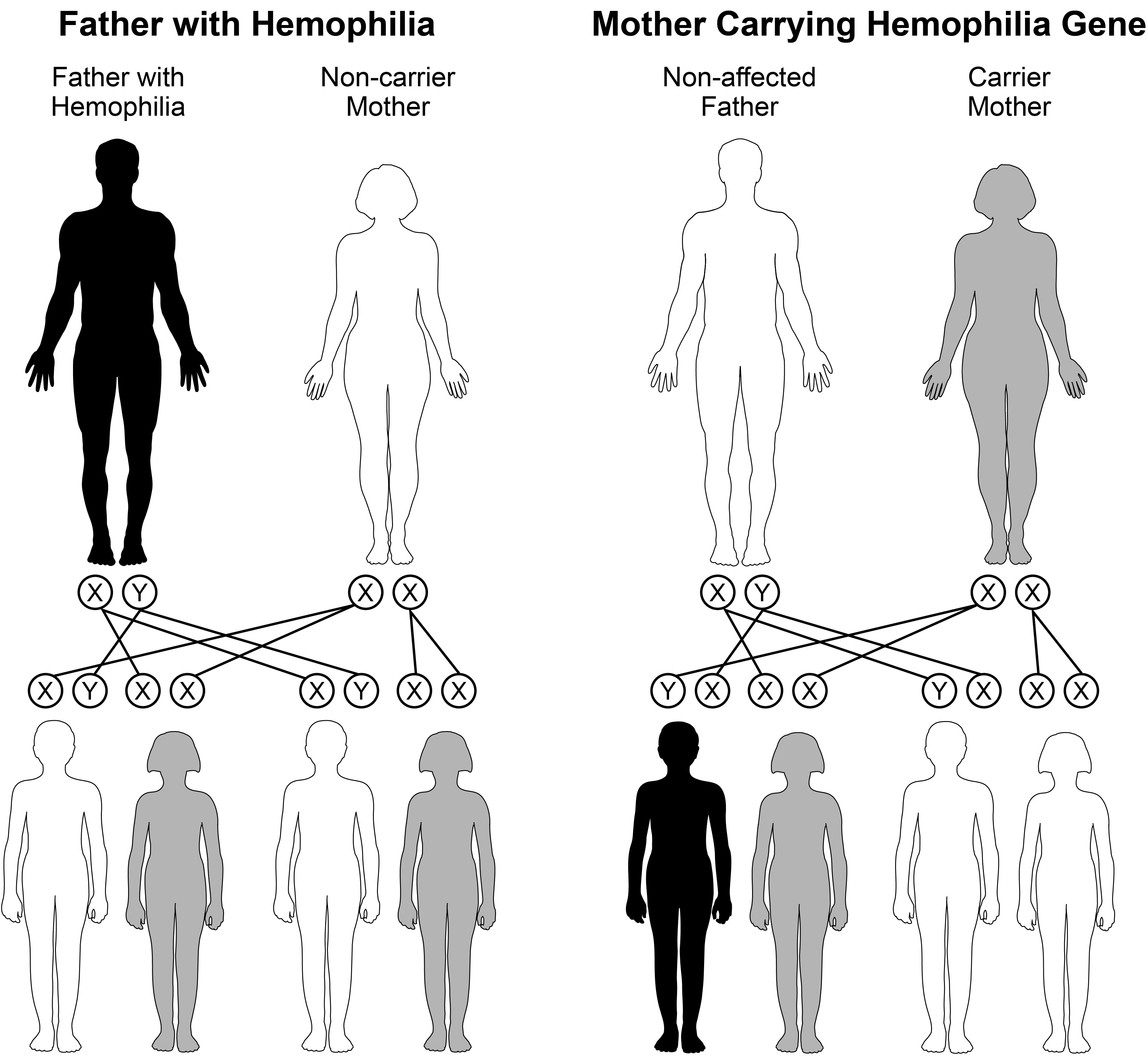 Types of Bleeds and Symptoms

For severe or life-threatening bleeds –call 911 or go to the ER.

We can inject the clotting factor to prevent joint damage and decrease frequent bleeding in children and adults with severe hemophilia. This treatment is done on a schedule, often 3 times a week or every other day, and is done at home. When this treatment begins at a young age, children will often have a port placed in the chest until the veins become easier to access.

Inhibitors occur when the body’s immune system reacts to the clotting factor that is infused. The immune system sees the factor as a foreign substance and forms inhibitors, or antibodies, to destroy the factor. Most inhibitors develop in the first 75 clotting factor treatments with the greatest risk in the first 10-20 treatments. Inhibitors are most common in patients with severe Hemophilia A.

The most common sign of an inhibitor is bleeding that is not controlled with a standard dose of factor. Inhibitors are diagnosed by doing a simple blood draw. They are most often treated with a high dose of the clotting factor or bypassing agents.

Everyone with a bleeding disorder should stay active. Being active improves joint and muscle function and can improve your overall well-being. The amount of activity will depend on your skill level. We urge you to do sports such as swimming, dancing and walking.

Avoid contact sports with a high risk of injury such as football, hockey and boxing. For your safety, learn the rules. Wear correct gear such as helmets, pads and guards.

Your health care team may have given you this information as part of your care. If so, please use it and call if you have any questions. If this information was not given to you as part of your care, please check with your doctor. This is not medical advice. This is not to be used for diagnosis or treatment of any medical condition. Because each person’s health needs are different, you should talk with your doctor or others on your health care team when using this information. If you have an emergency, please call 911. Copyright © 11/2019 University of Wisconsin Hospitals and Clinics Authority. All rights reserved. Produced by the Department of Nursing. HF#6535.